So he was a teen in the late eighties/early nineties. Probably likes Guns and Roses (check, well the pop songs anyway) and Def Leppard (nah) and Queen (sure). Oh well, must love grunge (well yes, but that came later because my wife introduced me to Pearl Jam and Alice in Chains). So he’s like a Gen-Xer then, so he loves his old morning cartoons and The Goonies (yes and yes, but nothing back then holds a candle to Gravity Falls).

So my name and number might tell you some things about me, but none of the important stuff. Like my wife, Janine, is the single most influential person in my life. That my kids are what get me out of bed in the morning (sometimes literally). That I love to paint and draw and make kids’ birthday cakes. That I love to sing but am terrible at it. And, perhaps most relevantly to this blog, that I love a good story.

I always have. Movies, songs, TV, plays, games, jokes, a well-crafted lie, tales told round the camp fire. I love them all. I love the imagination they display, the creativity, the emotion, the thrill of them. But books – books are the best. I’ve always read, immersed myself in other people’s stories, watched the movies that flicker in my imagination when the written word really draws me in. Because that’s their real power: they ask you to set the scene, to cast the actors. You choreograph the fights. You care, or not, about the characters. The author gives you hints, titbits, a shadow on the wall, and you add the detail, the colour and the tears.

I’ve loved to tell stories, to retell stories. I love the discussion about the movie as much as the movie itself. I love sharing the laughter and the exciting parts of the narrative, however it came to me. I love sitting down with a friend and sharing a story together. I love lying in bed at night and reading with my wife, listening to her laugh, to delight in a story, even as I read another.

I’ve carried tales in my head for years, peopled by characters and ideas. Whole worlds that exist only in the firing synapses in my brain. And they are precious to me. They are the children of all these other stories. Influenced and guided by the artists I love: R A Salvatore, Jane Austen, Stephen King, Neil Gaiman, Bob Kane and Bill Finger, R A Heinlien, Gene Roddenberry, Akira Kurosawa, Markus Zusak, Chuck Palahniuk, Nick Cave.

But I never wrote one. I never took the time to sit down, take a tale I’d woven and write it down. I was always afraid of it, of not being good enough, of not being able to live up to those examples listed above. Of not having the skill to do the story justice. In spite of encouragement from my friends and family, especially my wife, I was afraid. Not that I ever really framed it that way myself. I don’t have the emotional intelligence to read myself that well in the moment, but in hindsight, that’s what it was.

Then a friend of mine, Cassie, bought me a birthday gift. A book about writing and setting the challenge to write every day for thirty days. The timing was perfect. I’d written a story at work, about going for a jog at lunch time, and one of my workmates, a former creative writing tutor, told me that I should write more. A wise neutral voice gave me that little bit of faith I needed. So I took up the challenge. Every night for thirty days, I emailed a supportive group of friends my night’s writing. And most of them didn’t read it. And that’s okay; I just needed an audience to keep me accountable.

And I loved it. Every night was a new adventure. I started writing out a story I’d told my children at bed time. Then a brief piece about myself. Then I thought I should try something a bit larger. I looked into my internal idea library. Looked for a story that I wasn’t too invested in. One that I could use to learn the craft of writing. An image flashed into my mind of a boy walking with a huge clay golem. Hand in hand down the street. The boy was a teenager, but the golem was so large that he looked like a father walking with his toddler.

That was it, that single image. The genesis for a story. So I sat down, with no real idea who the boy was or who the golem was or what kind of world they lived in. And it just flowed out onto the page. Every night was like watching the next episode in a series or reading the next chapter of a book, except that it was coming out of me instead of going into me. I never knew what would happen next. I was shocked and surprised and saddened as things I never knew would happen, never knew could happen, came to pass. Slowly, this small throwaway idea became a world. I began to care about this boy and this golem.

With the continued support of my family and friends, I moved on beyond those first thirty days and kept at it until I’d finished this story. My first novel: 78,000 words that had never been placed in this order before. It took me about a year, then another year of editing and rewriting before that same friend, Cassie, pointed me at Te Papa Tupu programme and suggested I apply. So I did. And I was accepted. (And so was she! What are the chances?). It’s hard to explain the feelings that run through you when you have someone on the end of the phone telling you that they see promise in your story. You start to think that maybe you are an author after all. Everything since then has been a bit surreal. The first workshop was so amazing. Sitting with these five other gifted authors. Being surrounded by the staff at HUIA and the Māori Literature Trust and by the mentors. Being steeped in this passion for story, for books, for authors and for the Māori voice. What it can say. The worth of that voice and the necessity of it.

It’s all incredibly humbling. And I still feel like a bit of an imposter. A bit undeserving. Because my words aren’t all that flash. They are not worthy of those authors and storytellers that inspired me. But maybe with the help of my mentor, Whiti Hereaka, and the staff at HUIA, maybe then my story will have a place in their shadow. Maybe then I can introduce myself by saying ‘Hi, I’m Hone Rata. I’m an author.’ 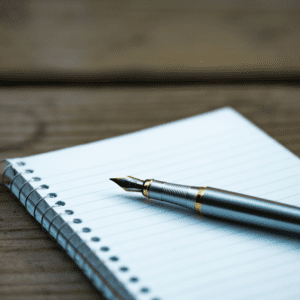 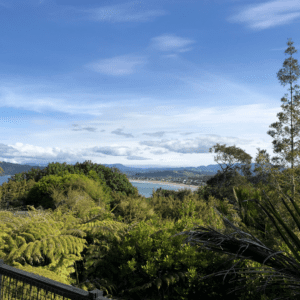