I’ve never been a very confident person. Even when I was very young, I was timid. My little brother seemed to get all the courage, and he approached the world like it owed him – the world responded as if he was right.

I envied him that, wished I could feel like I was worthy too.

It took me a ridiculously long time to see how wrong the belief that I wasn’t enough was. It took me even longer to begin trying to kill it with fire. But I’ve been working on it.

Some of this irrational belief stemmed from my crippling anxiety. For the majority of my life it’s tarnished everything I’ve done. The voices in my head constantly told me how stupid I was, how unimportant I was, how bad I was at just about everything, how the world would just be better off if I wasn’t around. I used perfection as a crutch, because if I couldn’t get it perfect then I couldn’t move forward and take the next step. The risks were minimal. Life was safer that way.

Of course, you can’t stay hidden when you’re a writer. At some point you actually have to send your stories out and let other people read them. At some point some of those stories are going to get published, and then people will occasionally leave reviews, and they aren’t necessarily going to enjoy what you wrote.

It is literally impossible to please everyone. Not even chocolate can do that, so I know I shouldn’t try either. But it was always there in the back of my head. And every single time I submitted a short story or published something I felt sick to my stomach, felt the bile in the back of my throat, felt tears welling in deep pools inside me as I waited to be told how crap I was. I wanted to hide under a rock or sit on the review sites until someone said something awful about me and I could have my certainty that I was a terrible writer confirmed.

But that never happened.

No one said awful things about my writing. (Aside from one guy who likened me to a terrorist or something, which stunned me and then made me laugh because I know without doubt that I’m a lovely person. I just sometimes write not so lovely things. Anyway, he didn’t say the writing was bad, and obviously, it evoked a response from him and that’s goal achieved!)

You might have picked up that I’ve said ‘was’ a few times so far, and that’s because that feeling has faded substantially. I think it’s a combination of things.

First up, I’m medicated now. I started taking this antidepressant to try and dull some of the awful pain I have from my Fibromyalgia, but the upshot is that my moods have balanced out and my anxiety has diminished. My confidence is—wait, let’s start that again. I actually have some confidence. I keep doing things and then being amazed at those things, and that’s a really nice feeling. I can finally hear my family, friends and fellow writers when they tell me I’m amazing or that they like something I did – for the longest time all those kind words were drowned out by the voice in my head negating all the things they said.

October was a big month for testing out this new way of being as I had a few writing related events on. First up, we were invited to the Prime Minister’s Award for Literary Achievement event in Wellington. Hone and I road tripped down for it, hung out with our mentor and fellow mentees, chatted to a whole range of amazing people working within the literary industry, and I didn’t feel scared at all. I was excited and inspired, and a little out of my depth, but I wasn’t anxious.

The next big thing was an appearance at Armageddon in Auckland – I was on a panel talking about an anthology that recently came out, in which I have a short story. Quite a different vibe to the awards but similar in that it’s another place full of people who are out celebrating the things they love.

I’ve never done a panel at such a big event, and on the few occasions I’ve participated in one, I was unable to think of anything else for the entire day before, or eat, or function. And yet, I was there signing books at the table, chatting to people, so busy and having fun that I almost forgot to feel nervous about the panel. When I did, it was a faint echo of past feelings. Enough that I could ignore it.

And it went well. I ENJOYED it. Like, really enjoyed it. I left wanting to do more, and then caught myself out, reminded that just a year or so ago this would have been impossible for me.

So, medication is wonderful. At least, for me, for right now.

Secondly, I’ve been noticing how supported we are. How well supported I am.

At Armageddon, the editor of the anthology made sure we were all comfortable and okay before the panel started and assured us that if we ran out of things to say, he could carry on talking until we found our feet. I don’t think we ran out of things to say, but when someone in the audience was getting a little difficult, the editor made sure to be clear about his feelings on the matter and show his full support of our work.

When we were at the awards, Brian Morris and Robyn Bargh were both there, introducing us to people and making sure we were all good. Our mentor, Whiti Hereaka, kept an eye out for us too, and I never once felt isolated despite being out of my comfort zone.

My mentor is amazing. I know I’ve said that before, but she’s everything I could hope for in a mentor. When I told her about my Fibromyalgia diagnosis, which is pretty recent, she came up with ideas for tweaking the schedule to make sure I could get to events that were important to attend (at the National Writers Forum), and knowing she was taking my needs into consideration meant that I could push through and do what I needed to.

Sometimes, it’s just that knowledge that someone has your back that makes all the difference. Knowing you’re supported and looked after, that someone is cheering you on and will be there to throw you a rope when you’re sinking. Without that, this writing gig is a whole lot harder, and for those dealing with extra struggles like mental/physical health, they really are essential.

I feel really blessed, really grateful for all the support I have, because I know not everyone is so lucky. And I’m so pleased that I actually have some confidence now, because I tell you what, it makes the revision process a whole lot easier when you’re not constantly second, third and fourth guessing yourself. 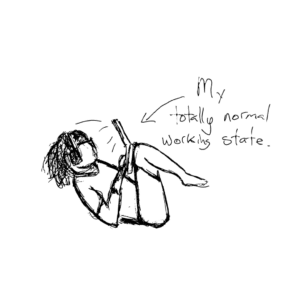 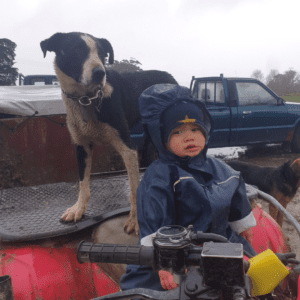